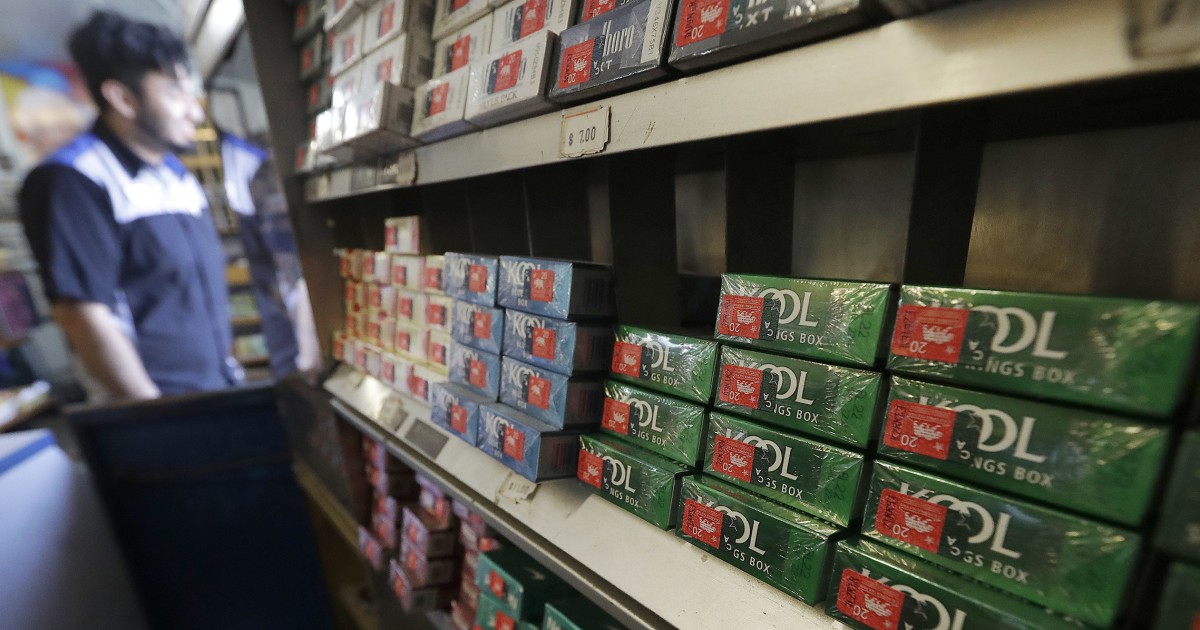 Convenience store owners in Washington, D.C., are speaking out against the city council’s proposed ban on flavored tobacco products, arguing it will further hurt their business while doing little to drive down tobacco use.

On Wednesday, the council voted 8-5 to approve a bill that bans flavored tobacco products, including those containing menthol. Mayor Muriel Bowser is expected to sign the bill into law.

“They’re taking out essentially 40% of my business,” said Dennis Alloy, owner of three gas station/convenience stores in Washington. “If I don’t sell it, I’ll just lose business to the suburbs.”

An owner of a gas station/convenience store in Northwest D.C. who asked for his name to be withheld said, “We haven’t fully recovered to pre-pandemic levels [of business], and with the ban, we’ll never fully recover.”

The ban will affect more than just the sale of tobacco. People who stop to pick up a pack of cigarettes will also buy food, drinks, lottery tickets, and sometimes even gas.

Alloy expects his bottom line to take a big hit based on his experience with the nearly $ 5-per-pack tax the city government imposed on cigarettes in October 2018.

“My gas volume dropped by nearly one-third when that went into effect,” Alloy said. “Commuters realized they could just go up the road to Maryland or Virginia where [cigarettes] are cheaper.”

Alloy said he expects customers to do the same when the ban on flavored tobacco goes into effect. Products such as menthol cigarettes will still be legal in Maryland and Virginia.

Read More:  International Women’s Day 2021 Gift Ideas for Wife: From Bracelet to Greeting Card, 5 Things You Can Buy for the Love of Your Life

The ban may also increase the sale of illegal cigarettes.

“The ban will bring a lot of illegal transportation of cigarettes into D.C.,” said the owner of the gas station/convenience store in Northwest D.C.

He said illegal sales increased tremendously after the $ 5 tax went into effect because people could buy cigarettes cheaper in Virginia and then resell them in Washington, D.C. He expected the same would happen when the flavored ban went into effect.

CLICK HERE TO READ MORE FROM THE WASHINGTON EXAMINER

The bill passed by the council prevents the police from enforcing the ban, leaving it to the Department of Consumer and Regulatory Affairs. The council was concerned that letting police enforce the ban could lead to an incident similar to Eric Garner in New York City. Garner was stopped by police for selling cigarettes illegally and died after a police officer put him in a chokehold when he resisted arrest.