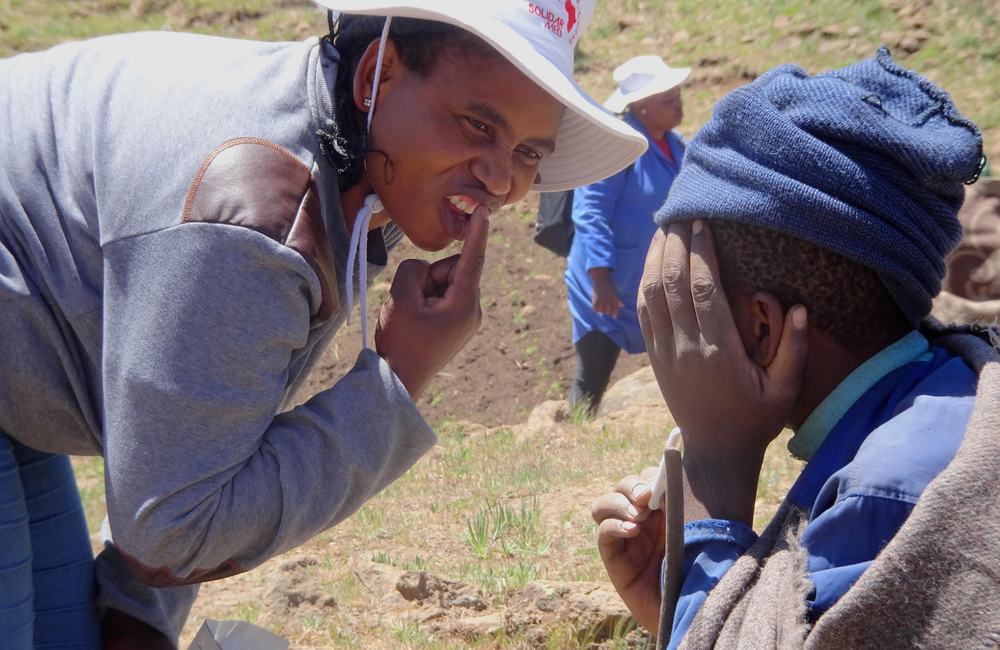 A study from Malawi has found that short-term campaigns of HIV self-testing, whose design and implementation are led by community groups, can rapidly increase the uptake of HIV testing and antiretroviral therapy among underserved populations. Recently published in PLOS Medicine, the study also reported a lower cost for this intervention than for other testing programmes.

In sub-Saharan Africa, the rate of undiagnosed HIV infection remains high among adolescents, men and older adults, driving ongoing HIV transmission. However, barriers to routine HIV testing are common. Most testing services are provided in healthcare facilities, which some underserved individuals perceive as inconvenient, far away, expensive to get to, and exposing, in terms of HIV stigma and discrimination.

Closer to the population, community-based HIV testing services (for example, through door-to-door outreach) can diagnose people at earlier stages of disease and improve treatment uptake. However, despite these advantages, costs are higher while global funding for community health programmes has been declining.

There is a need for more efficient and scalable community strategies to reach out to HIV-prevalent populations and work towards universal HIV testing. Combining the design and implementation of health services led by community members – which has demonstrated its efficacy in improving health outcomes – and the use of self-testing is a promising approach.

In HIV testing, when the person testing collects their own sample and performs the whole test themselves, including reading and interpreting the result.

Refers to an individual’s entry into specialist HIV care after being diagnosed with HIV.

Social attitudes that suggest that having a particular illness or being in a particular situation is something to be ashamed of. Stigma can be questioned and challenged.

In the language of healthcare, something that happens in a “community setting” or in “the community” occurs outside of a hospital.

Conducted in 2018-19 by Dr Pitchaya Indravudh from the London School of Hygiene and Tropical Medicine, the study investigated the impact, safety and costs of mobilising community health groups to lead the design and implementation of 7-day self-testing campaigns. These campaigns aimed to increase HIV testing and antiretroviral therapy demand in underserved subgroups from high HIV prevalence areas of Malawi. The study was run in the rural district of Mangochi, where adult HIV prevalence is over 10%.

The standard of care was national and included HIV testing, provided by lay counsellors at health facilities and though periodic community-based outreach, and antiretroviral therapy available immediately after an HIV-positive diagnosis.

The delivery of the self-testing 7-day campaigns (one per cluster) was performed by community volunteers in their area. The study team provided the self-test kits, instructional materials and data collecting tools. Volunteers distributed the OraQuick self-test door-to-door, and from fixed locations (such as schools and mosques) or social hotspots (like fishing docks and sports fields). Linkage to care support included providing phone referrals and funds for transport to clinics in the case of a positive result.

The primary outcome compared the proportion of adolescents (15-19 years old) who self-reported lifetime testing for HIV between the standard of care and the self-testing arms. Lifetime testing is a relevant measure for adolescents since it was anticipated that a high proportion of them would have never tested, with the need for testing among this group highly variable and dependent on the onset of sexual debut and HIV risk. Secondary outcomes were self-reported recent HIV testing among men and among adults aged 40 or more; cumulative incidence of starting antiretroviral therapy per 100,000 population; knowledge of the preventive benefits of the therapy; and measures of HIV testing stigma.

Except for data on the uptake of antiretroviral therapy, which was captured at the five health facilities, outcomes were measured in household surveys eight to twelve weeks after the intervention. Consenting household members over the age of 15 were interviewed on socio-demographics, HIV service use and sexual behaviour.

There were 44,543 and 39,806 residents in fifteen self-testing and other fifteen standard of care village clusters, respectively. Overall, 24,316 oral fluid-based self-test kits were distributed, of which 47% (11,472) were to men.

Most participants had received primary education or below, were married and reported a sexual partner. Characteristics were well balanced by arm, but adolescents showed differences in literacy, religion, ethnicity and self-reported health status.

Community-led delivery of 7-day self-testing campaigns linked to HIV treatment and prevention increased HIV testing in the underserved groups. Lifetime HIV testing among adolescents was 67.1% in the standard of care arm and 84.6% in the self-testing arm. After adjustment for demographic differences between the arms, this amounted to an increase of 15.2%, with more pronounced differences among the younger ones (15-17 years old) and boys (20.5% vs 11.1% among girls).

This study is probably the first to assess, in a randomised way, the impact of community-led delivery of HIV self-testing services. By reporting a substantially higher self-testing uptake coverage and more effective targeting than past studies, it demonstrates how significant the engagement of community in the design and implementation of a self-testing campaign can be.

Indravudh and colleagues suggest that this community-led self-testing model could be used in other diseases such as malaria and tuberculosis. Further, they highlight that “the impact attained within a short period of time makes community-led self-testing a promising candidate for national HIV programmes to consider for periodic implementation to reach underserved subgroups.”